Title of project: Status and functions of further training for qualified personnel in the net-economy in an employment situation classified as 'insecure'. 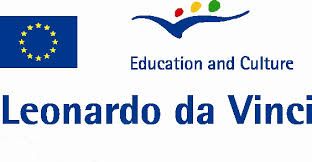 l the relationships between developments in further training (status, place, functions, content, types, forms) and those in the process of loss of securitycurrently liable to affect the qualified personnel (levels I, II and III) of service enterprises (managerial staff, executive officers and middle managers, engineers, etc.), who until recently were better protected and more privileged than other socio-professional categories.

Can further training provide responses to destabilization factors whose implications are still uncertain? The case of enterprises of the new economy and in particular of the net economy (start-ups) will be taken into account in France and in other countries of the European Community. The technological and data processing mutations linked to the New Technologies of Information and Communication (N.T.I.C.), the internationalization of business, the emergence of new types of work organization and new forms of training, the development of the practice of stock-options, the spread of flexitime and in particular the increase in working hours are issues which penetrate the sector and constitute a field for experiment relevant to the phenomenon under study.

The first stage of the study will consist in "objectizing" the process of loss of professional security, little studied and still impenetrable when it concerns in particular the highly qualified staff of service enterprises in different countries.

Then it will be necessary to define the other criteria of loss of security, both objective and more subjective as expressed by the subjects themselves or to the extent that analysis will be able to formalize them. Among the objective criteria, we may mention, for example: downgrading on engagement, difficulty in obtaining a first post, overwork, the more or less slow growth in salaries, individualized remuneration, the lack of clarity in career prospects, executive stress, inequality of opportunity between men and women as regards employability and promotion, widespread union attitudes, etc.

Among the more subjective criteria, we may mention, for example: the impression of being overworked, of internal domination, moral harassment, sexual discrimination, uncertainty about the future, and the self-imposition of availability and involvement, feelings of guilt, the negative experience of working conditions, the intensification of competition both within and between enterprises, etc. New forms of loss of security, or even of straightforward insecurity, will thus be exposed in the enterprises of the net economy which have been chosen as a specific field of application.

These forms of loss of security are the expression of a certain number of types of destabilization open to analysis and comparison on European scale: the transcending of the official definitions of functions such as management, the weakening of traditional career models, the development of forms of work organization towards more unstable and more complex structures stressing the potential of collective and individual skills, a tendency towards disqualification from work of formally qualified persons and the increase of demands in decision-making terms (imposed by customers, competitors, shareholders, markets, subcontractors, etc), in particular.

The second stage of the study will consist in defining the status, place, functions and characteristics of further training in relation to these forms of loss of professional security observed with respect to the highly qualified staff of enterprises of the net economy in several European countries. Will the wide variation in forms of work, which generates uncertainty, the necessity of responding to technological challenges, the increase in constraints and the specific national characteristics of member states under consideration be accompanied by new types of content and new forms of training? The study will define the indicators with which it will be possible to describe the following aspects for consideration: