The conference was implemented on the 25 October 2007 in hotel Atlantis in Heraklion Crete, Greece. It was made by invitation by many different ways of the participants. The participants were Mayors, assistant mayors, Citizens of the municipalities, employees of the municipalities and piloters. On the conference the media were widely invited form all over Crete. There was an article made for our conference which explains the VUPA project, the issues it deals with and the outcomes of the project. The media were quite interested on the continuation of the project and the application of the same method to other subjects that are closely related with the Municipality employees and other employees in the public and private sector.

The major purpose of the conference was informing all the stakeholders for the new initiative of training and the new methods implemented on the Municipalities of Greece.

Then the Assistant Mayor of Heraklion, responsible for the development of the human resource management of the Municipality of Heraklion (1800 employees) explained the “diseases” and the problems of the management of Human Resources. After the short explanation of the reasoning for the existence of the problem he explained the things, which should be done on this specific area. The general government and the constraints it produces for the management of employees is one issue. Another issue is permanency of the employees and the laid back behavior of some of the employees. The assistant mayor explained the ways the Municipality tries to overcome the issues. One way is the application of ISO-9000 system to the municipality. The claims are that by integrating the quality of service to the citizens with specific employees’ responsibilities there will be a push force for better and more reliable services.

After the assistant Mayor of the Municipality of Heraklion, Mr. Zacharias Chatzakis senior consultant of Diakrisi took the floor. He explained that the issues for the development of Human Resource in the public sector do create a force to past for the whole country. It is well known the importance of the public sector efficiency and effectiveness to the effectiveness and efficiency of the whole country (both in private and public sector). He explained that the needs analysis that was implemented in VUPA project showed the importance of the training in managerial skills of the whole public sector. The absence of previous knowledge of the public officers is based on two reasons.

For the above mentioned reasoning there was a huge need for the VUPA project and its implementation. Therefore as Mr. Chatzakis explained the results of the evaluation for the training were big success although the process was uneasy due to its innovative characteristics. The speaker did explain the process in a very analytic way, as well as its advantages and disadvantages.

Then there was an extensive exchange between municipality employees and the speakers for the importance of continuation and extension of such initiatives. The absorbance rate of such initiatives is quite low due to the inability of the employees to be replaced even for a small amount of time. As such the short term thought restriction of not having employees servicing creates a problem to the medium term target of developing the human resources within the Municipalities.

The final part of the conference was the handing of the certificates of the piloters by the assistant Mayors and Mr. Chatzakis.

Then all the participants were at a cocktail party for celebrating the new initiative. 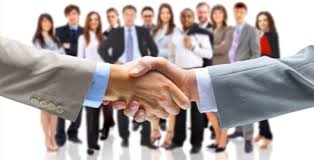